Self-Defense Laws in the U.S.

Self defense in the sense of the law is defined as: a claim or plea that the use of force or injuring or killing another was necessary in defending one’s own person or other person from physical attack. While this may seem straight forward, a self defense plea is often convoluted. What many people don’t realize is self defense laws are vastly different across the country. There are two main types of self defense laws currently in use across the United States and also the “castle doctrine” which often accompanies a “stand your ground” law to include property.

“Stand your ground” laws can differ from state to state. Some still require a “duty to retreat” when it comes to using lethal force. The use of lethal force in self defense cases is often a source of controversy. As the above mentioned shooting of teenager Trayvon Martin, there have been many cases where a self defense was used to protect an individual from prosecution for a homicide. Some people believe “stand your ground” laws encourage violence and a “shoot first, ask later” mentality.

States With Stand Your Ground Laws:

The following states currently have “stand your ground” laws in place: 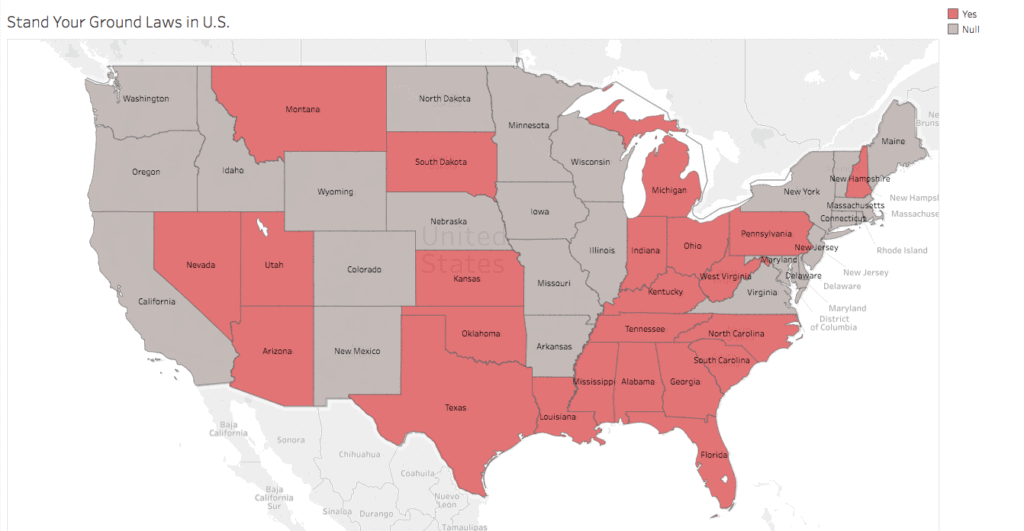 There are states that have laws similar to “stand your ground” but with significant differences such as California. California does not have a specific “stand your ground” law in place, but instead it has the “castle doctrine” which means an individual can use deadly force within their own home if they have a “reasonable fear of imminent peril or great bodily harm”. Other states with similar laws include: Illinois, Iowa, Oregon, and Washington.

“Duty to retreat” laws specifically pertain to the use of deadly force. A state with a form of a “duty to retreat” policy expects individuals to attempt to retreat from imminent danger by running away or escaping the situation. If the individual is physically incapable of fleeing the situation, the use of deadly force can be considered self defense. If a person is cornered or physically restrained and facing bodily injury or death, they are then authorized to use whatever force necessary to protect themselves, including deadly force.

States with Duty to Retreat Laws:

The following states currently have “duty to retreat” laws in place: 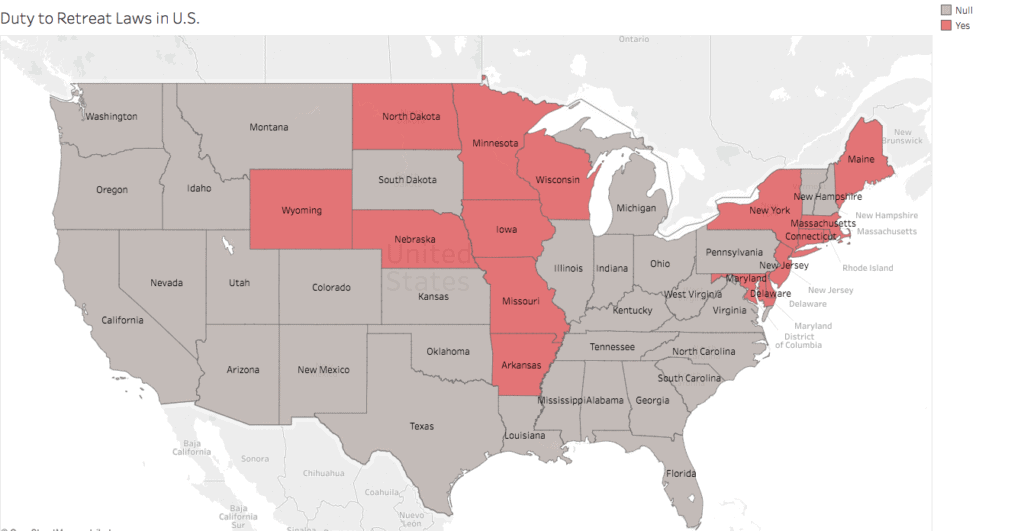